The Decline in Mesothelioma Rates Continues

The US Cancer Statistics reflect data reported by the SEER registries and the National Program of Cancer Registries.  Combined, these two programs provide 100% coverage of cancer incidence in the US since 2001.  The statistics show that the actual yearly counts of pleural mesothelioma cases in men have remained relatively flat. 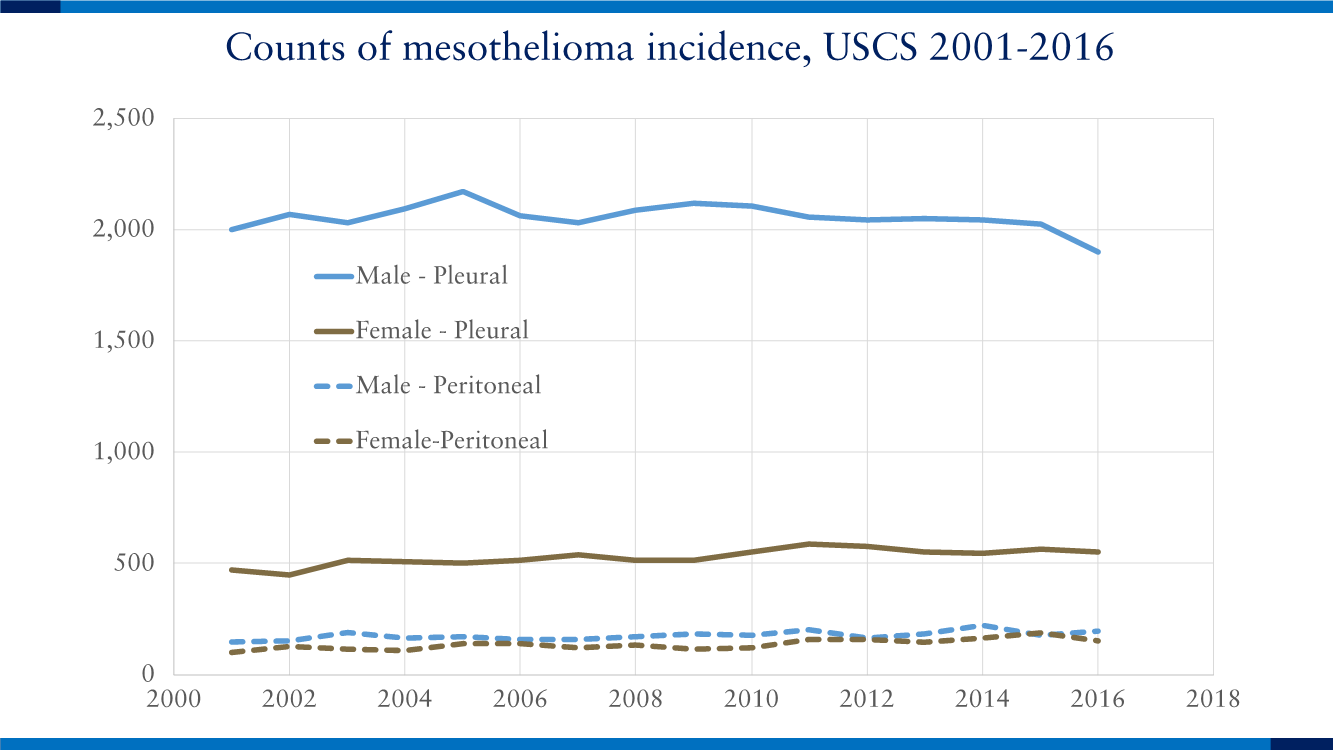 But, as the population has increased, the age-adjusted rate in men has dropped by almost one-third since 2001. 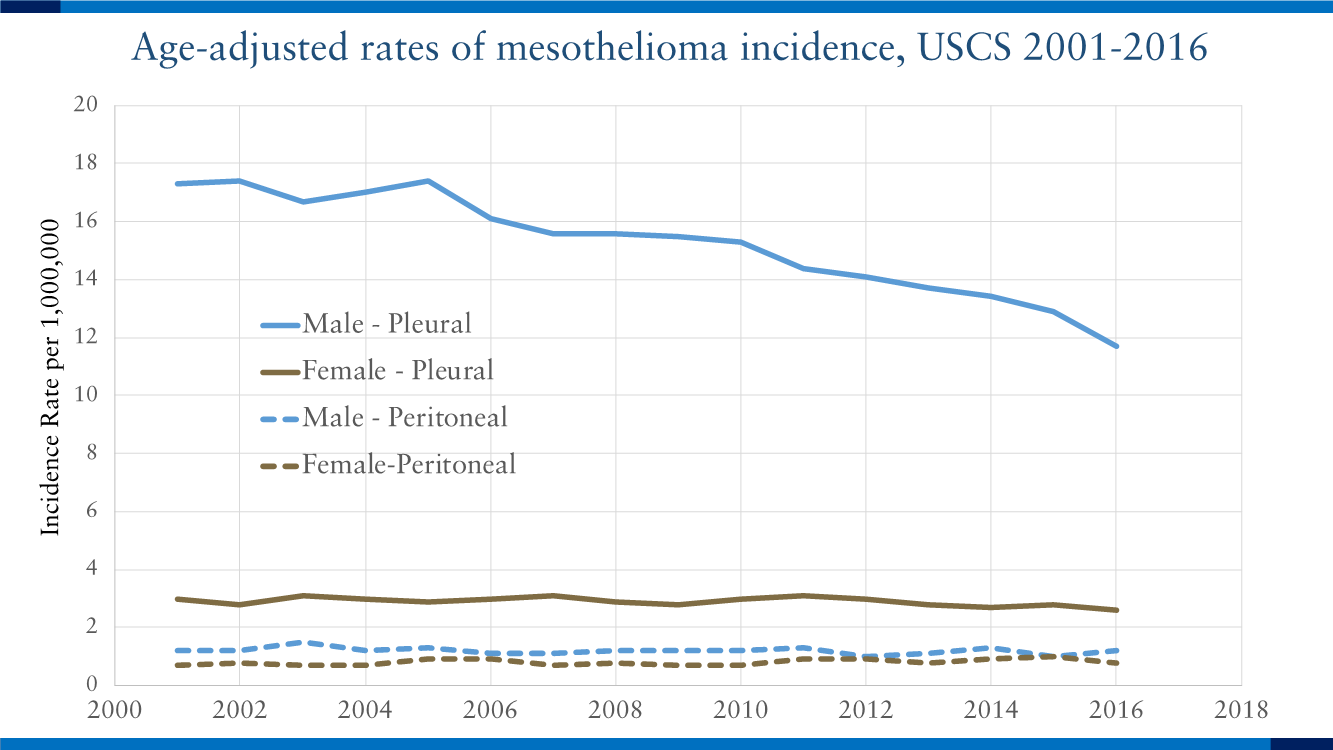